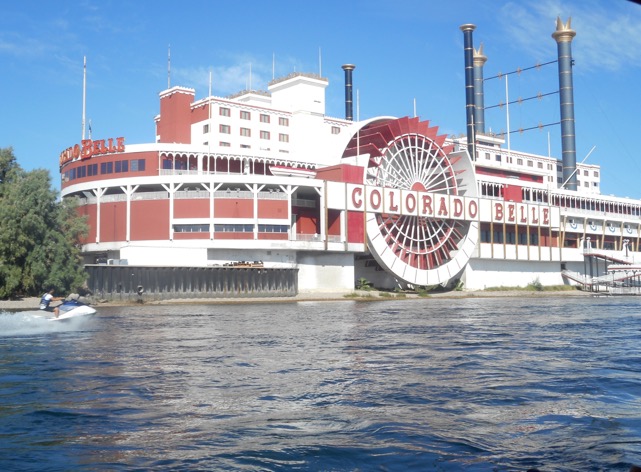 Years ago, my wife and I were vacationing in the southwest.  We had visited the Grand Canyon and were driving west on I-40 towards Las Vegas with plans to find a hotel when we got to town that evening.  There were lots of billboards along the highway, but because we weren’t looking for anything particular at that moment, we weren’t paying attention to them.  However, we were listening to the radio when we heard an ad that said “Hey, if you’re headed to Las Vegas, come to Laughlin instead.  Rooms at the beautiful Colorado Belle are as low at $14.95 per night.”  We got off at the next exit and plotted a course to Laughlin.  That’s the power of radio advertising…  the human voice can motivate and persuade.  That radio ad was talking to ME and it worked!  No billboard could have done that.  And certainly no newspaper or magazine ad could have reached me while I was driving.  It’s too bad more business owners don’t understand and appreciate the value of radio advertising and use it to their advantage.